Environmental crime from the perspective of the economic theory

With the increasingly evident impacts caused by climate change and also by direct human action, environmental damage and/or crimes have become commonplace. In this sense, Economics allows us to analyze the phenomenon from a different perspective through the Economic Theory of Crime by Gary Becker (1968) ¹ considering that the practice of environmental crime can occur from a rational decision of the agent when weighing costs and benefits.

Becker (1968) considers criminal activity as a branch of the economy. Agents, whether these individuals, institutions, or companies, decide between committing the crime or not when considering that the benefits exceed the costs of the action. The gains can be monetary or by a perception of increased utility or agent satisfaction, so environmental crime can be analyzed from this perspective, considering an analysis of cost versus benefit through what is established as crime or environmental damage by current legislation. The cost would include punishment, probability of being identified and punished, and/or possible direct or indirect sanctions.

END_OF_DOCUMENT_TOKEN_TO_BE_REPLACED

A little over five centuries ago, the Portuguese discovered the Brazilian lands. Here, then, indigenous people used to live in harmony with the environment that provided abundance with natural resources. The technology there was underdeveloped compared to the Mayan, Inca, and Aztec people, but a natural wealth was exuberant. It was this richness and diversity that attracted the eyes of the settlers who began to explore without much effort, the value of Brazilian wood.

As the years passed by, other natural riches have been discovered. From colonial to republic times never was there a period when the Brazilian territory denied its inhabitants the necessary resources to live with abundance. As started by the settlers an economy was developed that extracted excessively, without worrying about the erosion of the ecosystem or about the necessary recovery time of nature. END_OF_DOCUMENT_TOKEN_TO_BE_REPLACED

Environmental Sustainability: Brazil on the wrong-way and in a counterclaim

In the Houaiss brazilian dictionary the term accident relates to words such as eventual, fortuitous, unexpected, unpredictable. On the other hand, the word disaster implies a happening that causes suffering and huge damage, misfortune. This last one fits without adjustments to the disruption of the fundão bam occurred on November, 5th 2015 when the tailings mud went through more of 650 km of river and streams, killing 19 people and more of 10 tons of fish, displacing hundreds of families, contaminating in 17 days a biome that will only be recovered by nature in more than 100 years. The impacts were and continue to be monitored and their extent cannot be specified. Then, it ratifies a total adequacy in terms of suffering, injury, damage, and misfortune..

However, it contests the unpredictability that could describe such event as a mere accident. Between the years 2005 and 2010 were recorded by the company 5 disruptions, with and without leaks; the dam operated over capacity, with drainage problems, structural failures, and no contingency plan. Such elements mischaracterize therefore the character of unpredictability or eventuality attributed to accidents. In opposition to the cry for help of the environment silenced by the effusion of goals that dominated the attention, an agreement was signed with the responsible companies on June 25, 2018, suspending a civil action filed by the Federal Public Prosecutor (US$ 45 billion) and extinguishing another action filed by the Federal Government and Federative Units of Minas Gerais and Espírito Santo (US$ 5 billion) in an agreement involving parallel studies and possible future renegotiations. Certainly a counterclaim..

END_OF_DOCUMENT_TOKEN_TO_BE_REPLACED

Sustainable Development, now and always, depends on everyone

When the term development was presented as an ‘alternative’ to the term growth to signal economic indicators of a particular society, it was observed the insufficiency of the Gross Domestic Product (GDP) as a parameter of analysis of the living conditions of a people. Thus, it was verified that the generated wealth measured by GDP in its aggregate form did not necessarily imply a balanced distribution that ensured minimum levels of income, health and education for the entire population.

As the years passed by, consolidating the differences between the terms, although still is eventually used as synonyms, joined the same sustainable expression, indicating that a balanced allocation of resources was no longer sufficient, making it necessary that the same occurring now, did not preclude the conditions for its occurrence also in future generations.

END_OF_DOCUMENT_TOKEN_TO_BE_REPLACED

In economics, the connections between value and price are often discussed. Despite the common use as a synonym, in a more technical context where the hermeneutics is configured as an element of relevance for the discussion, it seeks to identify many times the connections that convert subjective values into prices, objectives and measurable ones.

Contributing to this discussion and attempting to eliminate excess subjectivity to the value of the term, this is categorized for a better understanding of the monetization process. So it appears, the social value, the cultural value, and the economic value, among others. This last category reduces the subjectivity of value to the elements that can be appropriated by the productive process. In this sense, the cultural value of any region can be reduced the possibilities of exploration of it, through tourism. END_OF_DOCUMENT_TOKEN_TO_BE_REPLACED

In September 1962 Rachel Carson published the classic and revolutionary Silent Spring denouncing the indiscriminate use of pesticides and their effects on environment and humans. The classic adjective attributed to her work comes from the inevitable reference that is made  in studies related to impacts of human action on nature. In turn, the revolutionary character of the work stems from its fundamental role in banning the use of dichloro-diphenyl-trichloroethane (DDT) and other pesticides, and in the beginning of the environmental movement and environmental protection institutions in the United States.

Carson’s seminal work was applauded as a thorough investigative report detailing the immediate and hereditary effects of pesticides. The difference in absorption rates and levels of accumulation between animal and plant species, provide the propagation of effects in the food chain and the possible genetic inheritance. These elements, richly pointed out by Carson, would be the cause of the extinction or death of several birds thus causing the spring silence. END_OF_DOCUMENT_TOKEN_TO_BE_REPLACED 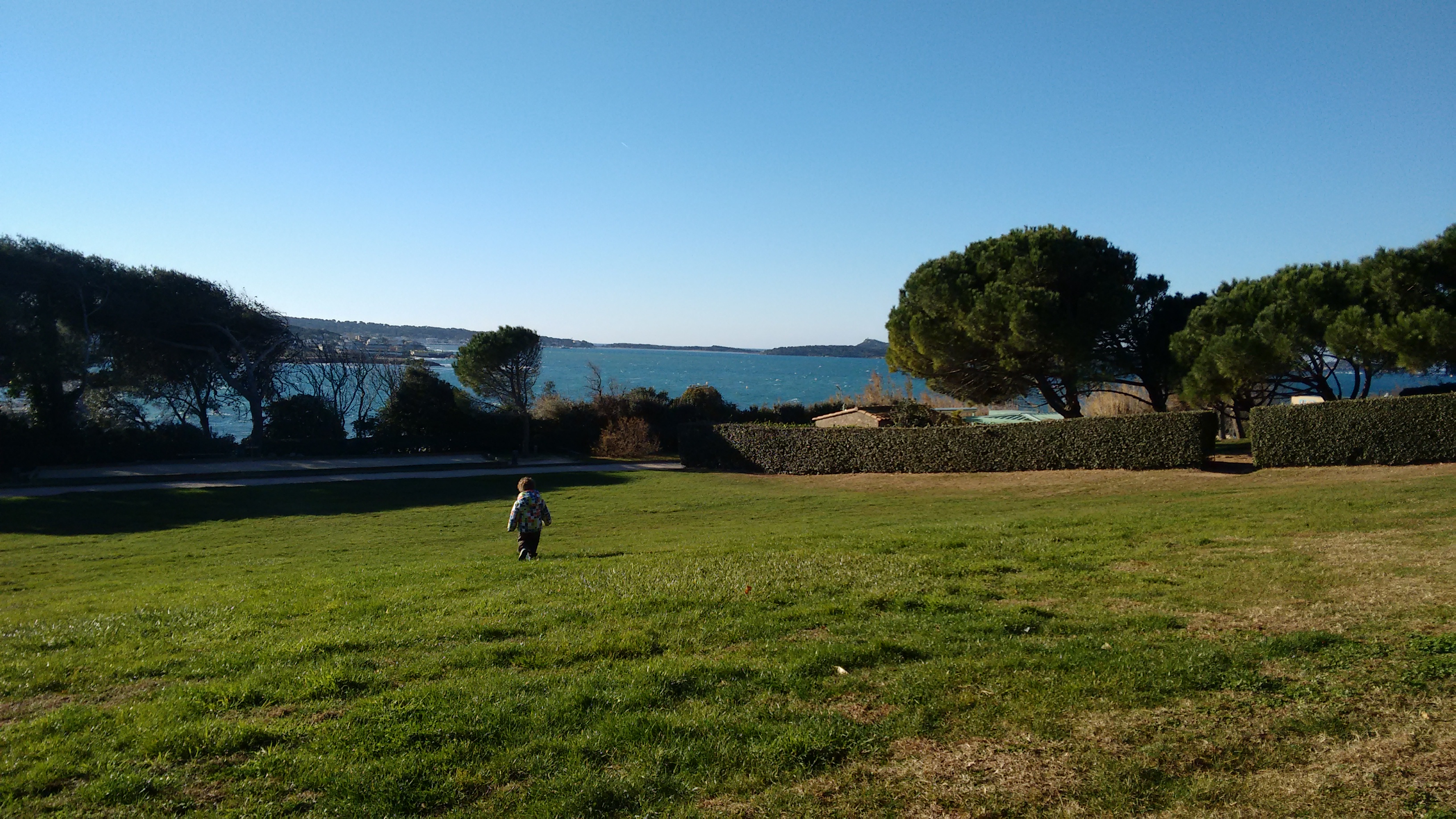 In the year 1951, on August 13, President Getúlio Vargas sanctioned Law 1,411, creating the profession of the Economist and since then on this date we also celebrate the Economist’s Day. The classical definition attributed to economic science describes as its object of study the alternative uses of scarce resources, observing historical, institutional, social, collective and individual phenomena and processes, concomitantly or not, in order to help in decisions process.

However, the theoretical foundations that support the economic studies date back much to that date, originating in a systematized form in the 18th century when Adam Smith, considered the father of economics, published his seminal work An Inquiry into the Nature and Causes of the Wealth of Nations, popularly known as The Wealth of Nations. Smith’s work has given rise to innumerable discussions, mainly centered on elements such as income, social classes, production relations and distributive justice, among others, producing hypotheses, theories, proposals and ideologies that are different and in many cases divergent from one to another because of differentiated perception of realities and/or themes. END_OF_DOCUMENT_TOKEN_TO_BE_REPLACED